What you Need to Know about Dating Violence 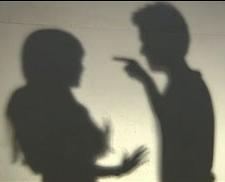 For two people, dating can be a rewarding and wonderful experience. However, when the relationship turns into an ugly one it can rarely be something special again. At least, not until the problem has been resolved.

Dating violence usually happens when one partner tries to maintain and control the power over the other and most often is hurting the other intentionally in some way. It is often through one or more of the following forms of abuse like physical, verbal, sexual and emotional and it affects both males and females.

Violence in dating can destroy a determined relationship almost as fast as any real crisis that can disconnect two people who were once deeply in love with each other. This can happen to anyone regardless of age, sex, race and background but common victims are often teens. Teens are often affected through the very technology they embrace – meaning  they are frequently being abused and receiving threats through email, text messages and social media sites.

The presence of violence or the threat of violence is inappropriate for anyone in a relationship or anyone for that matter. Any form of abuse that is associated with dating violence is a serious problem and needs to be resolved as soon as possible. Take into account the early warning signs and pay close attention to any you identify. When your date or someone you see starts to change for no reason, it can be an indication that there is something troubling him/her.

Take note of these early warning signs of dating violence:

These are just a few of the classic warning signs that dating violence is more likely to happen in a relationship. If your partner is showing some of these signs, then it is up to you to whether or not you break it off. When you let someone exhibit warning signs and you don’t act on them, you are simply playing a Russian roulette with a loaded gun. The time will come when the gun will go off and in the end someone will be hurt or even dead in some cases.

Lead author Emily F. Rothman who is a professor at Boston University School of public health, states that nearly 1.5 million students nationwide have experienced abuse from dating in a single year. The study finds too that almost one-fifth of the high school students admit they have physically abused their dates or partners. The researchers in Boston University surveyed almost 1,400 high schools students at 22 schools in Boston and asked if they had physically hurt a date or their girlfriend or boyfriend. More than forty percent said they did.

If a child has experienced domestic violence at home, it increases the chance of him/her taking the role of being either the “batterer” or the “victim” in his or her future relationships. Abuse may be thought of as “normal” to youths who witnessed similar experiences in their own homes and may be immune to it.

Only a few may have discussed dating violence with their parents. In a parent-child relationship, communication should be an on-going part and should be kept open for the teens to be more comfortable discussing the issues. For parents, you may sit down and talk to your teens and discuss with them the difference between healthy and unhealthy relationships. Encourage them to seek help if they feel they are in an abusive dating relationship.

Discussing this issue need not be uncomfortable, you can always ask these questions to help spark the conversation:

I hope that’s been of some help…

Know The Warning Signs Of An Abusive Relationship

Emotional and psychological abuse is not that easily to recognize but it is as damaging, even more d

How To Steer Clear Of Abusive Relationships

However, abusive relationships are often progressive and abuses are not just a passing phase of a re 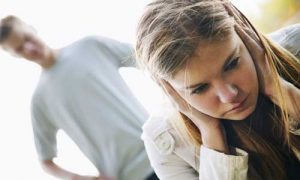 How to deal with Dating Violence