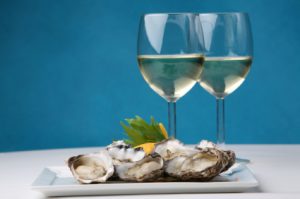 An aphrodisiac is defined as ‘agent which Aphrodisiacs Really Improve your Sexual Performance increases sexual desire’. The name comes from Aphrodite, who was the Greek goddess of sensuality. Aphrodite was said to consider sparrows sacred because of their loving natures and as a result they were often included in a variety of aphrodisiac brews.

Humans have been keen to partake of a variety of foods, drinks, herbs, and animal parts, to increase their sexual desire and performance since the Romans, Egyptians, and Greeks. Do any of these love potions actually work? There has been much speculation in recent times over the effectiveness of many of these products on the market at the moment. Coco Swan has waded through the facts, and the promises, to give you the answers.

Every continent of the world has been involved in the production and consumption of aphrodisiacs. Throughout time, there have been many beliefs in aphrodisiac foods and aphrodisiac drinks for making sex more pleasurable. Many wonder whether these results have been achieved from the placebo effect, whereby the participant expects a result, as opposed to there being any real effect. In ancient times people had to mainly rely on aphrodisiac plants, although animal parts were also used. Fennel, sage, turnips, carrots, anise, basil, orchid bulbs, salvia, rocket, pistachio nuts, the flesh of the skink lizard, and river snails were all thought to increase sexual performance. Interestingly, watercress, dill, lettuce, lentils, and water lilies were all avoided as they were considered to diminish sexual pleasure.

Aphrodisiac Drugs. Here are medicines that are used in prescription type medications to increase sexual desire and performance.

Bremelanotide. Formerly known as PT-141. Bremelanotide seems to be a true aphrodisiac. It is a new medication being used for the treatment of erectile difficulties in men and sexual dysfunction in women. Bremelanotide is the only known synthetic aphrodisiac Bremelanotide is used as a nasal spray. Unlike Viagra, it does not act upon the vascular system, but directly increases sexual desire. This drug was originally developed as a sunless tanning agent, until 80% of the original male volunteers noted spontaneous erections and increased sexual arousal as unexpected side effects. Phase 3 of the clinical trials of this drug is scheduled for the first half of 2007.

Yohimbe. Yohimbe is both a herbal aphrodisiac and a prescription aphrodisiac. Yohimbe is used to treat erectile dysfunction in males. Yohimbe increases the dilation of blood vessels and blocks alpla-2 adrenergic receptors, both essential to achieve and maintain an erection. Yohimbe in its herbal form can be dangerous if taken in the wrong quantities.

PEA. Phenyl ethylamine is an active ingredient in chocolate.

Viagra and Levitra. These 2 drugs are not considered to be true aphrodisiacs because they do not have any effect on mood.

Aphrodisiac Supplements. Most of the aphrodisiacs found on the net or in health food stores, contain one or more of the following ingredients:

Epimedium. Epimedium has supposedly been proven to increase sexual function of male animals. It acts as a sex hormone and may stimulate sexual desire in women who are deficient in sex hormones.

Arginine. Arginine is an amino acid found in eggs, nuts, meats, cheese and coconut milk. It increases blood flow to the genitals by forming nitric oxide in the body. It is said to enhance sexual desire in women when combined with other supplements.

Fennel. This plant increases the libido of both male and female rats. Fennel contains compounds that mimic oestrogen. In doses greater than one teaspoon, it can be toxic.

Ginseng. Long touted as an aphrodisiac.

Yohimbine. Formerly known as Aphrodin. Yohimbine is the principal alkaloid of the bark of a West African tree. Some researchers state that there is no evidence of improved sex drive and that it is unproven for the treatment of erectile dysfunction. Yohimbine has numerous side effects such as over stimulation, anxiety, insomnia, rapid heart rate, and increased blood pressure.

Spanish Fly. (Cantharides) The is one of the most famous. It is made by crushing a beetle. It has an unpleasant scent and a bitter flavour.Aphrodisiacs Really Improve your Sexual Performance is sometimes given to farm animals to encourage them to mate. Cantharides causes inflammation of the genitals, painful urination, fever and a bloody discharge. It can cause permanent damage to the kidneys and genitalia, and can also cause convulsions and death. The difference between an effective dose and a dangerous dose is very slight. Cantharides are illegal in the US, except for the use of animal husbandry. The Spanish fly was also banned from the markets of Morocco in the 1990’s. Most products advertising Spanish fly in them now are just using a concoction of peppers (hopefully).

Aphrodisiac Herbs. These 4 plants have been used for their aphrodisiac properties in India, Malaysia, and Asia for many years.

Tribulus terrestris. This is a flowering weed native to Australia, Africa, Southern Europe, and Southern Asia. Common names include Bindii and Goathead. In Indian ayurvedan practice it is known as ‘œgokshura’ and has long been used as an aphrodisiac and tonic. It began to be promoted as a testosterone booster for increasing sex drive and building muscle in Eastern Europe in the 1970’s.

Damiana. Damiana is a native shrub of Central and South America. The leaves are made into a tea, which has a similar odour to chamomile, and were used by the native people for its reputed aphrodisiac effects. Coco did read somewhere that this little plant now has a cocktail named after it in Europe. The cocktail supposedly contains this little herb.

Eurycoma longifolia. This plant has testosterone enhancing properties and is a native of Malaysia and Indonesia. It was historically used as a libido enhancer and to treat various sexual dysfunctions. Malaysian Universities have performed many studies that confirm its effects on increasing sexual behaviour in animals. This herb is also known to increase muscle mass.

Maca. Maca is a native of the high Andes of Peru and Bolivia. It has been regarded as an aphrodisiac there for over 2000 years. Small scale clinical trials have shown that maca extracts can heighten libido and improve semen quality, however, it does not affect the sex hormone levels in humans.

Food Aphrodisiacs. Perhaps the safest way to increase your libido may be to ingest these foodstuffs.

Absinthe. ( The Green Fairy.) Absinthe was a popular aphrodisiac drink in the 19th Century, especially amongst the artistes of Europe. However, by 1915 absinthe had been banned in most parts of the world, including the US, due to its terrible publicity. The UK, Spain, Portugal and Mexico never prohibited the drink and in these countries the drink has seen a renaissance in popularity over recent times.

Aniseed. Sucking on the seeds is said to increase your desire. Aniseed has been used as an aphrodisiac since the Greeks and Romans.

Asparagus. For the most powerful aphrodisiac effect, one must supposedly eat it for 3 days straight.

Champagne. Commonly known as the ‘drink of love’, champagne is popular in many parts of the world as an aphrodisiac. Champagne will lower your inhibitions and gives your body a nice warm glow. Beware of too much of a good thing.

Chilli. The effects of the chemical capsaicin in chilli mimics the feelings of sexual arousal. A good serve of chilli will increase the heart rate, flush the skin and swell the lips.

Fennel. Fennel has been used as a libido enhancer since Egyptian times.

Honey. The fructose content of honey provides a slow and steady release of energy. Hindu tradition calls for grooms to consume honey on their wedding day. Honey is rich in boron which helps the body use and metabolize oestrogen.

Liquorice. Liquorice has been in use as an aphrodisiac since ancient China. Chewing on the liquorice root is said to increase love and lust. It is considered particularly stimulating for women. In one study, the smell of black liquorice increased the blood flow to the men’s penises by 13%.

Nutmeg. Nutmeg was prized by Chinese women as an aphrodisiac. However, too much nutmeg causes hallucinations.

Oysters. Oysters are rich in rare amino acids that trigger an increase in sex hormone levels. This may also be due to their high content of zinc.

Vanilla. Both the scent and flavour of vanilla is said to increase lust.

Chocolate as an Aphrodisiac. Chocolate is popularly thought of as an aphrodisiac, and if nothing else, as a feel good food with romantic connotations. Montezuma supposedly drank 50 goblets of chocolate per day to increase his sexual performances! The BBC reported a study that showed melting chocolate in your mouth produced an increase in heart rate and brain activity that was more intense than that associated with passionate kissing, and after the activity ended, lasted four times as long. The consumption of chocolate has been linked with the release of serotonin in the brain which produces feelings of pleasure. Theobromine is a primary alkaloid found in cocoa and chocolate and is one of the reasons for the mood elevating effects of chocolate. Chocolate also contains tryptophan which is an essential amino acid. Tryptophan is a precursor to serotonin which is an important neurotransmitter involved in regulating moods. Lastly, chocolate contains phenethylamine, which is often described as the ‘love chemical‘. Phenethylamine can cause endorphins to be released in the brain. Try this site here for an astonishing choice of chocolate products.

Well, the aforementioned list of aphrodisiacs does certainly seem to encompass everything from downright dangerous to illegal, to bizarre, to highly questionable, to innocent fun to the medically prescribed. Coco does not endorse illegal activities or anything remotely medically dangerous. If in doubt, consult your medical practitioner first. Perhaps they can fix you up with a nasal spray, which as we all observed is the only true synthetic aphrodisiac. For the more careful amongst us, the aphrodisiac foods certainly sounded like fun. With chocolate as an aphrodisiac I need look no further!

It seems highly likely that these odourless, natural love scents, aka pheromones, will illicit a sexual response from the opposite sex when you are wearing them. 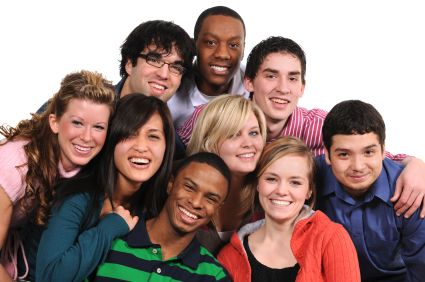 Natural Food Aphrodisiacs for Women: Do They Really Work?

Are you looking for a little something to spice up your love life? Do you need help in keeping love, 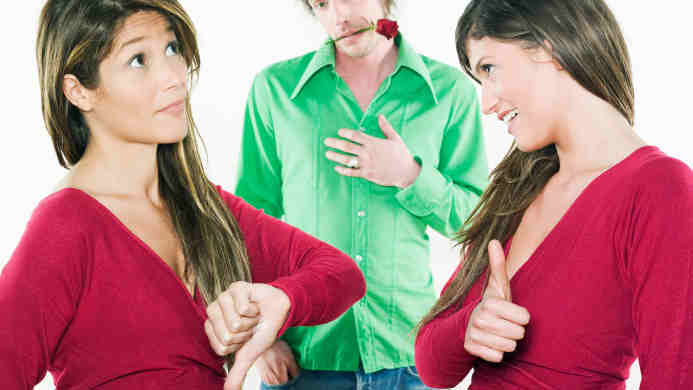 There are aphrodisiacs that work best for men but necessarily for women and vice versa. The market i